Fast and versatile open-source programs for docking ligands to proteins and nucleic acids. 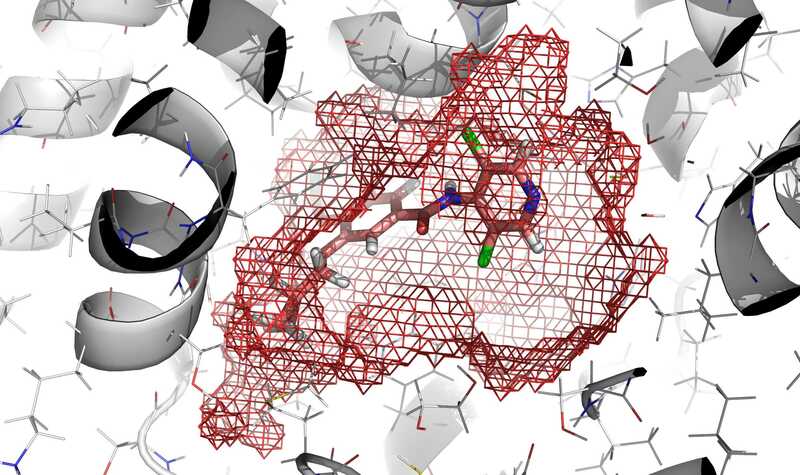 In red mesh, definition of the cavity obtained by execution of rbcavity program. 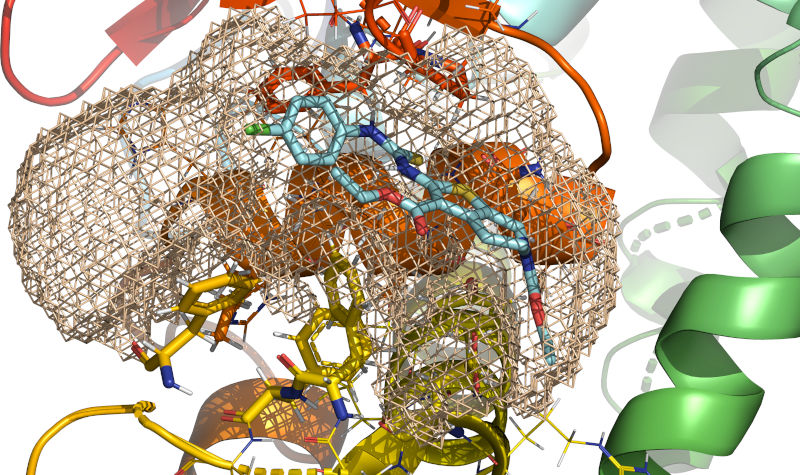 In wheat-colored mesh, definition of the cavity obtained by execution of rxcmd cavity-search program.

RxDock (homepage) is a fork of rDock started in 2019 by RxTx Research with the goal of updating the code for running on modern computer systems (up to and including supercomputers), improving the application programming interfaces, and implementing new functionality. Since its inception, RxDock has gained suport for operating systems other than Linux using recent C++ compilers. The build system, command-line interface, logging, tests, and code organization have been substantially improved. Obsolete linear algebra libraries have been replaced with Eigen. Further improvements are developed on a best-effort basis.